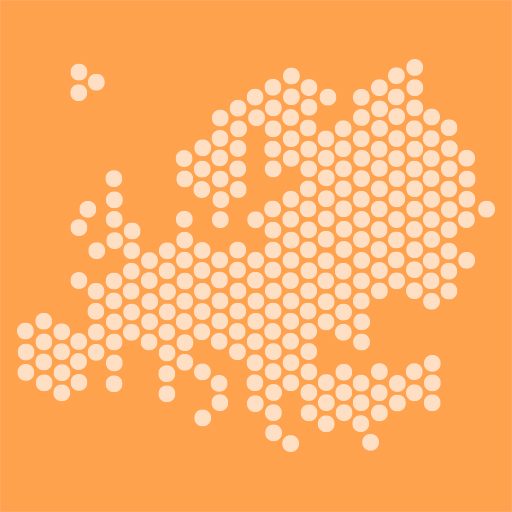 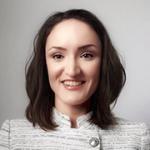 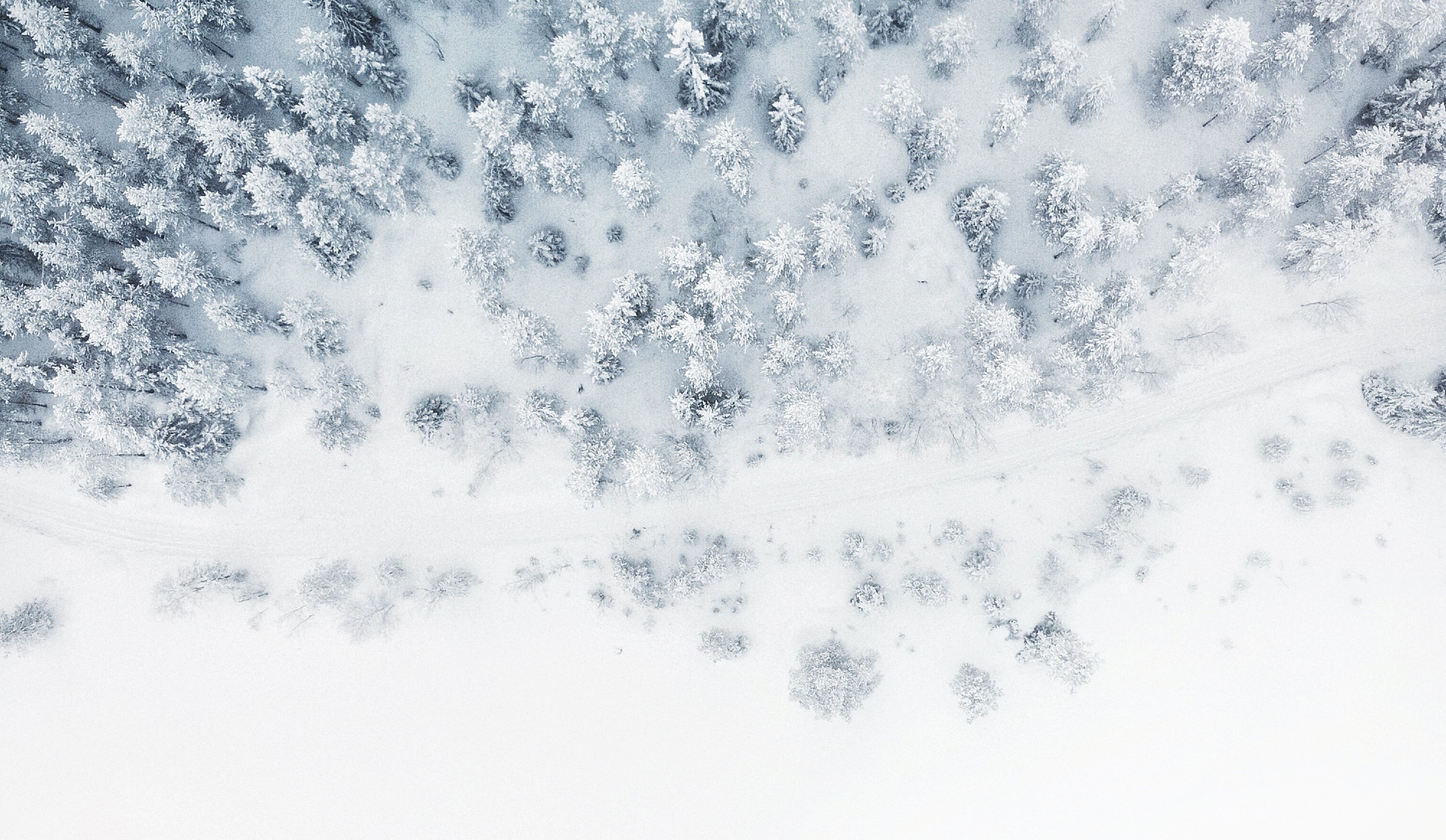 Winter bliss has arrived in Northern Europe which brings not only a festive mood but also an overall intellectual propensity towards certain concepts echoing seasonal scenery. Snowball effect (NB! not snowball sampling) is the one which comes into mind when trying to put into words the continuous reflections on science diplomacy and how this new piece of the puzzle fits into the broader picture of the initial breath and scope covered by the practice theory earlier outlined by Wacquant:

“In my view, Bourdieu’s focus on and elaboration of the specific logic of practice and everything that distinguishes it from the ‘logic of logic’ is arguably his greatest discovery and contribution to social theory. We have barely begun to realize its importance and it will take years of work in a variety of disciplines, from philosophy to linguistics to aesthetics to sociology, to draw out all of its implications (see Wacquant 1998).” (Wacquant & Deyanov, 2002, p. 184)

What I found important to stress was that since the launch of scholarly thinking on the practice theory the evolution of the overall plethora of domains of scholarly enquiry has not been on a standstill. Science diplomacy is one of such good examples of a growing and comparatively much more recent area of scholarly enquiry.

This blog entry is a follow-up to the elaborations of the research project outlined in October and November. It is aimed at presenting in a concise format some additional considerations related to the chosen expert circles as the key source of insight, as well as the geographical area selected for an examination of EU’s engagement. Thus, this blog entry demonstrates the continuous reflections on and scoping of the most optimal research model and its components.

Ten years ago Favell and Guiraudon invited for “an influx of sociological thinking that might constructively push social scientists to reconceive the scope of EU studies and its underlying questions” (Favell & Guiraudon, 2009, p. 555; Pfister, 2015, p. 246). This research project is drafted by a “qualitatively minded comparativist” (Favell & Guiraudon, 2009, p. 556). It is aimed at contributing to the sustained tidal wave of the ‘practice turn’ (Bennett et al., 2014, p. 15; Lequesne, 2015, p. 352; Šime, 2019b; Wacquant & Deyanov, 2002, p. 184) with a focus on the evolving science diplomacy scholarly discourses as a distinct niche of ‘polylateralism’ (Pouliot & Cornut, 2015, p. 299). Such theoretical combination is directed towards an examination of EU science diplomacy as an evolving concept (Aukes, Ordóñez-Matamoros, & Kuhlmann, 2019) as a typical “not-yet-fully-formed institutional environment” (Favell & Guiraudon, 2009, p. 565) or a wider unfinished EU system (Adler-Nissen, 2014, p. 153).

These evolutionary dynamics have implications on the way EU’s foreign policy is shaped in relations with the Southern Neighbourhood. While Adler-Nissen argues that EU as a ‘modus vivendi’  depends on the diplomats’ eagerness “to oil it and keep it going” (Adler-Nissen, 2014, p. 153), the research project takes a step away from a decade-long scholarly deification of the Justus Lipsius and Europa negotiation rooms (Ambrosetti & Buchet de Neuilly, 2009; Buchet de Neuilly, 2009; Kuus, 2015). Instead, by maintaining the overall zest to continue distancing from the ‘armchair academic’ (Lequesne, 2015) habits, it is envisaged to open the office doors of another group of experts with an important role in EU routine maintenance works – project managers – who make sure that certain EU integrationist dynamics are properly steered via various forms of implementation measures.

An Extremely Brief History of the Southern Neighbourhood Policy

Besides the earlier noted “shared Mediterranean sensibility” (Šime, 2019a), the Southern Neighbourhood is an especially relevant setting for examining the EU’s capacity to shape processes according to its goals and preferences and capacity to render its bordering areas more stable and pose fewer risks to the nearby EU areas, as well as the Union as a whole.

Gaub neatly sums up: “The Middle East and North Africa has a reputation for conflict: since 1945, there has been at least one interstate war per decade (the 1990s even saw two) and 25 instances of intra-state war (on average, two per decade), including insurgencies, civil wars and protracted terrorism campaigns.” (Gaub, 2019, p. 38) Despite the EU initial efforts implemented throughout 1970s and captured in the “formalised series of institutional arrangements” (Clark & Jones, 2008, p. 312), a decade later the relations between Spain and countries in the Maghreb are referred to as gravitating towards ‘negative interdependence’ (Bremberg, 2010a, p. 132), whereas the EU Southern Neighbourhood of the 1990s is referred to as a “ticking time bomb” (Schumacher, Bouris, & Olszewska, 2016, p. 267).  These issues fed in further EU consultations on the joint action frameworks. “In spring 2002, the UK initiated a debate on the so-called Wider Europe policy, and Sweden followed suit, suggesting the development of an ever broader set of neighbourhood policies ‘From Russia to Morocco’.” (Browning & Joenniemi, 2003, p. 464) Subsequently, in 2004 the European Neighbourhood Policy was launched (Keukeleire & Delreux, 2015, p. 45). The volatilities coined as both EU’s immediate neighbourhoods being ‘in flux’ (Schumacher et al., 2017, p. 91) and forming the ‘ring of fire’ (Šime, 2019b) came back to the fore in the 2010s in the form of Arab Spring concluded in 2013 and Arab Spring 2.0 unleashed in 2019 (Muasher, 2019) which, under certain scenarios, is judged to be likely to be succeeded by a regular sequence of protests in the upcoming decade (Gaub, 2019, p. 12).

It is a geographical setting where EU has to master its capacity to shape persuasive relations and steer cooperation towards specific results with countries which can cherish no aspirations of an EU membership (Demertzis & Wolff, 2019, pp. 257-258; Schumacher et al., 2017, p. 67). The research project will not just glean from the texts inspired by the Arab Spring developments and their domestic and international implications. Instead, it is being prepared with a curiosity about more routine EU engagements with the Southern Neighbourhood to deliver new assessments about the sustainability of higher education and science-related project results, thus giving a more thorough grounds for arguing whether science diplomacy as a component of structural diplomacy helps to deliver sustainable results in a manner which would correspond to the EU overarching goals and positions.

Due to the receptiveness towards the practice turn, the research project is an example of novel avenues for “intellectual reproduction” (Hess, 2011, p. 450) of Bourdieu’s key ideas without strictly following the guidance of his earlier apostles (Hobbis & Hobbis, 2013, p. 450). Instead, it builds on the latest translation of Bourdieu’s concepts in the EU studies.

What makes the introduction of the EU project manager to the practice turn ever more compelling is the opportunity to place into the theory-building limelight experts who might be considered as being part of the overall pool of non-traditional diplomatic actors. Thus, by attempts to explore the role of these implicit ‘science diplomats’ in a geographical area of high importance to the EU, practice turn gains from a broader exposure to the diversity of experts contributing to the shaping of contemporary EU diplomatic practices.

Šime, Z. (2019a). EU Science Diplomacy in the Southern Neighbourhood with a Bourdieusian Twist (Ideas on Europe). European Governance. Retrieved from https://europeangovernance.ideasoneurope.eu/2019/11/08/eu-science-diplomacy-in-the-southern-neighbourhood-with-a-bourdieusian-twist/

Šime, Z. (2019b). The EU’s Diplomacy for Science in the Southern Neighbourhood: Setting a Research Agenda (Ideas on Europe). European Governance. Retrieved from https://europeangovernance.ideasoneurope.eu/2019/10/15/the-eus-diplomacy-for-science-in-the-southern-neighbourhood-setting-a-research-agenda/

Science Diplomacy Joins the Snowballing Practice Turn | EU’s Conundrum of Strategies: Is There an Orderly Jigsaw on the Horizon? |